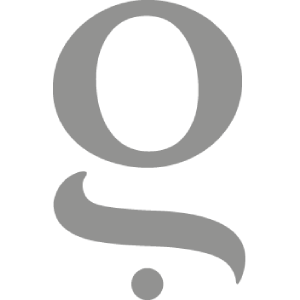 Giovanni Lainati was born in Milan in 1971. After graduating in Law at the University of Parma, he practiced law in one of the most prominent legal offices in Milan, where he had the opportunity to observe and take part in some major transactions involving Italian and international companies.

In 1999 he co-founded and directed World Wide Acquisition Consultants Ltd and Partecipazioni Holding s.r.l., two companies which dealt with the analysis and evaluation of investment opportunities for corporate groups. After gaining experience as a financial advisor for small and medium-sized businesses, in 2003 he became general manager of ICKM Real Estate s.r.o., a company active in the real estate sector with important projects in Central and Eastern Europe and investments in Russia and the Czech Republic.

From 2003 to 2007 the company grew exponentially thanks to progressive acquisitions, attracting investors such as Banco Popolare Group for tens of millions of euro. In 2007 he spearheaded the sale of the group to GE Real Estate Central & Eastern Europe and Crestyl for a gross value of approximately 500 million euros.

From 2008 to 2010 he covered the position of managing director of Veronagest S.p.A., with targeted investments in the renewable energy sector, a company with annual revenues of 100 million euros.

As well as founding GLFO in 2009, since 2012 he has been the independent director of Mediobanca Management Company S.A. of Mediobanca S.p.A. group, one of the largest investment banks in Italy, specializing in Private Banking, Advisory Services, Financial Services and Banking Services sectors.

Roberto Massa graduated in Economics and Business at the s University of Bologna and has lived in the Czech Republic since 1997.
He was Head of Corporate at the Czech branch of Banco Popolare and was a Founding Partner of the leading tax advisory firm in Prague.

Since 2012 he has been a member of the board at the Czech Chamber of Commerce in Prague.

Today, as well as being CFO of GLFO he is CEO of several key business realities operating in the real estate, manufacturing and commercial sectors.

Pavlína Hercíková graduated from the University of finance and administration of Prague in Corporate financing.
She has worked in real estate since 2003.

She gained her experience in developer companies such as ICKM real estate, CRESTYL group and AFI Europe, where she was responsible for the sale of residential projects as well as for leasing commercial units.

Pavlína joined GLFO in 2016. Her main role is brand development, sales and marketing and investors relations.

Jiri Polacek graduated at the Technical University of Prague (ČVUT) andspecialized in Economics and Management.

After an international experience, studying and working in the real estate sector in Italy and Switzerland, he worked in ICKM Real Estate in Prague as project manager and later as Director of the technical department where he was responsible for the development and construction of approximately 80,000 sqm of residential buildings and infrastrucutres.

Vladimir Genči graduated at the Technical University of Prague (ČVUT), Faculty of Civil engineering and trained in London in project management services.

Vladimir joined GLFO group in 2009 where he is responsible for project‘s construction services.